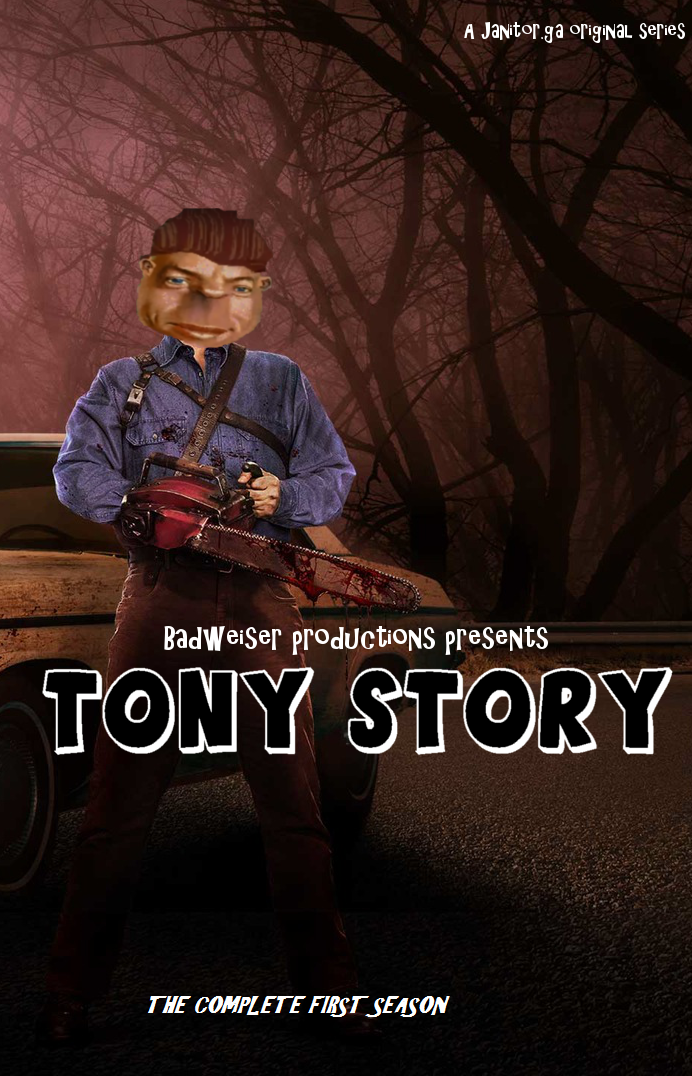 Tony begins working at Frankfurt Badweiser and faces off Facundo and his family ( the disgusting wife Smeagol and annoying ratkid son Farqueagol) for there onion policy. They eventually win and kill Tony with the help of Mr. Skeltal. But some trouble on Maurot’s maltese internship might bring the onion loving teacher back for the fan anticipated finale.

Tony the teacher gets fired from his school for not giving class and has to apply for a job at Facundo’s Frankfurt. At Badweiser Frankfurt it all seems peaceful until Facundo reveals his peculiar ingredient policy.

Tony the cook has been working at Frankfurt Badweiser for 20 years. One day, a midget kid comes in, asking for a job. He says he is allergic to Tony’s favorite meal, the onion, there is something familiar about this kid.

Frankfurt Badweiser is closed for sanitary reasons, and Tony finds himself in financial problems as he has to share apartment with Facundo’s widow Smigol. Soon he will discover that Smigol may not be alone.

Smigol is re-building Frankfurt Badweiser and selling intoxicated hot dogs to the clients with the help of her new lover Mr Skeletal. Tony passed away and it seem’s that nobody will be able to stop her not even the police.

Tony has been brought back to life as seen in last season’s finale. Since Frankfurt Badweiser was clausurated by OMS, Tony is now unemployed and instead of applying for a new job our hero will go slack off with his close friends (Mauro T, Shrek, Barry the bee and Galleta) and get into crazy and weird adventures: trips to the cinema, swamp parties, visiting Springfield and so much more.

After Tony came back from life he decided to chase a bus full of south americans. The bus arrives to the cinema to watch the infamous “Shrek The Third”. This angers Tony so he summons his good friend and  hetero life mate Shrek (who is also unhappy about the third film) to wreck the screening and all hell will break loose.

Tony and his most loyal student Mauro T, see their lives in peril when a German movie reviewer known as ‘The Bad One’ gives the show a bad review. With everything at risk their only goal will become discovering the identity of this mysterious foe..

Tony and Mauro T throw a swamp party with a very exclusive access list, to celebrate their victory against ‘The Bad One’. Bob the builder appears uninvited and Tony has to figure out how to kick out his unwanted guest with a little help from his friends.

Tony the unemployed gets very hungover at his swamp party and ends up in the city of Springfield. One bad bump into a local celebrity will lead Tony in to a yellow murder spree. Matt Groening did not agree to this unofficial crossover with his most beloved characters, but we made it anyway.

GET CAUGHT UP FOR THE UPCOMING FINALE OF TONY RETURNS: TONY HISTORY 卍!!

OUT OF STOCK DUE TO COVID-19

This is not google

Galleta maria rape dance – do not try at home